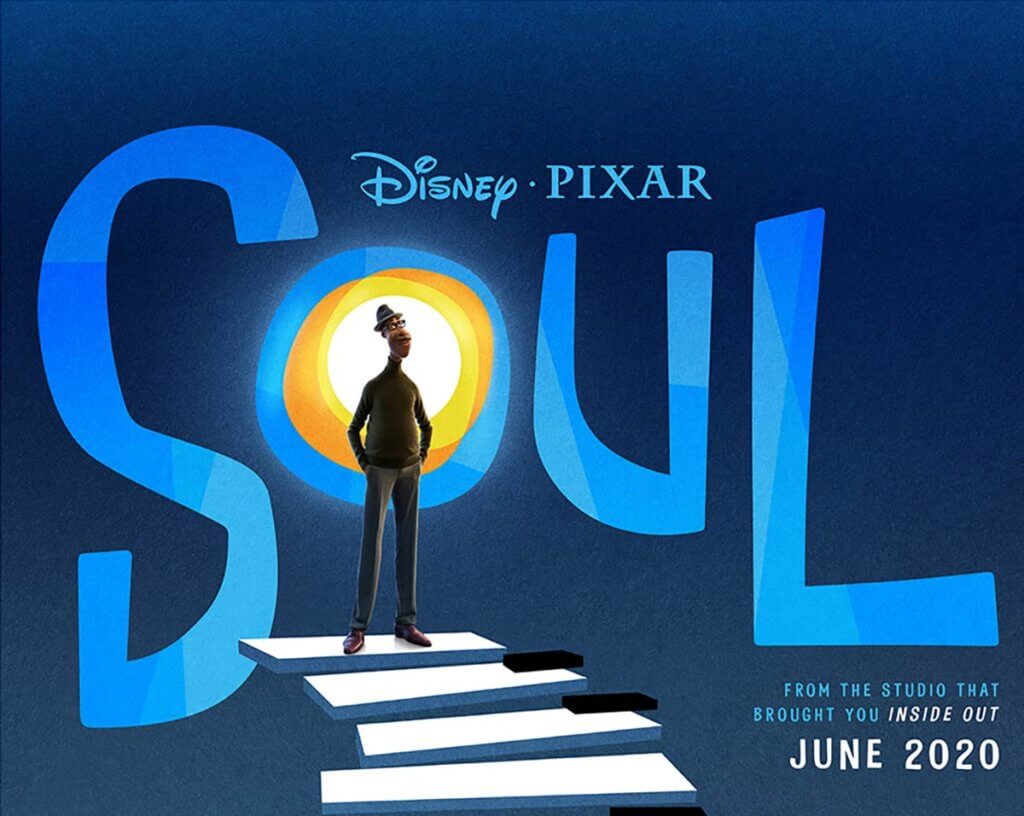 One of 2020’s most anticipated releases was the newest feature film from Disney-Pixar: Soul. Originally supposed to debut in June (for Juneteenth, in honor of the emancipation of enslaved Black people), Soul was forced to move to a release date later in 2020, and eventually had to forfeit that American Thanksgiving release date when the pandemic showed no signs of slowing down. Instead, Disney decided that Soul would release exclusively on Disney+ on Christmas Day for no extra charge. It was an interesting release strategy, though many were just happy that this movie would finally see the light of day.

Soul focuses on middle-school band teacher Joe Gardner (voiced by Jamie Foxx, who has been on a winning streak lately) who finally gets the gig of a lifetime with renowned jazz musician Dorothea Williams (Angela Bassett). When an unfortunate misstep into a manhole leaves Joe’s soul on the escalator hurtling towards the Great Beyond, Joe insists he isn’t done yet. He hurls himself off the escalator, where he lands in the Great Before. This is where new souls get their personalities before heading to Earth. Joe is mistaken for being a mentor for one of these new souls and is assigned a soul named 22 (Tina Fey unlike you’ve seen her before), who has been in the Great Before for a very, very long time. If Joe can help 22 find their “spark”, it might just be his ticket back to life.

It is worth noting that Pixar did an incredible job of animating their Black characters — all have a unique look (no body type is repeated, and the quality of the textures of their natural hair is stunning to look at up close) and the entire cast are also lit incredibly well. It’s often the case with Black actors in live action where the lighting team lights a scene according to the white characters in the scene and not the Black ones. Because Soul is a majority Black cast, the lighting department really stepped up and made every scene, and every character, shine with lighting that not only complimented their skin tones, but in some cases enhances them.

Another technical stand-out? The music animation. The film offers many close-ups of Joe playing piano, Dorothea playing the saxophone, and even a twelve-year old student of Joe’s playing the trombone. The movements are incredibly realistic and oftentimes feel like you’re watching a live performance. Jon Batiste, a prominent Black jazz musician who many know as being the band leader for Stephen Colbert, served as a jazz composer, consultant, and hand reference for Joe. The animators took footage of him playing piano and animated Joe doing the exact same things that Jon did. It is truly beautiful to watch.

One of the things I was most worried about with Soul was that it seemed to be yet another case of a Black character (think Tiana in Princess and the Frog) being changed into something else at the beginning of the movie (in Joe’s case, a little blue soul) and not returning to human form until the end of the movie. I am incredibly happy to report that not only is this not the case — we spend an incredible amount of time with Joe in his human form! — but we also spend a good amount of time with the rest of this predominantly Black cast of characters, all of whom I enjoyed immensely. Soul promises a breath of fresh air and a much recognized need for diverse animation in blockbuster Hollywood. I think Soul will prove to be a jumping off point for many other animation studios to include characters of color in leading roles from now on.

A brief word about the main cast, which is mainly just Jaime Foxx as Joe and Tina Fey as 22, and that word is that they are phenomenal. Jaime Foxx puts his heart and soul (-ba dum tiss-) into his performance as Joe, and not only shows impressive comedic timing but an ability to hit all the right dramatic notes as well. Tina Fey is well-known for her brand of comedy, and it is on full display here as 22, but her performance in the third act of the film is truly something special. I predict that this movie should, and hopefully will, do for her what it did for Ellen Degeneres when she voiced Dory in Finding Nemo. If you have Disney+ and haven’t checked out Soul already, I highly recommend that you do. It is not only a fun story that is gorgeous to look at, but it’s ambition in its storytelling and the message you are left with once the credits roll is some of Pixar’s best work. I don’t know how Pixar will replicate this magic going forward, but I am certainly looking forward to seeing them try.